Recently, our research group has won the Eternal Oak tender of the Wacław Felczak Foundation‘s , which supports Polish-Hungarian scientific cooperation. Through this grant, we have the opportunity to continue the research launched in 2016 by Mateusz Jaeger, head of Institute of European Culture at Adam Mickiewicz University in Poznań, in cooperation with the Institute of Archaeology, Research Centre for the Humanities of the Hungarian Academy of Sciences. The project analyzes the Bronze Age amber finds in Hungary, which have not been studied so far, with the help of infrared spectrometry performed at the Department of Chemistry of Adam Mickiewicz University in Poznań. The aim of the archaeological and chemical analyses is to provide complex processing of the finds and to determine the origin of the Hungarian amber finds, as well as a more precise chronological classification supplemented by radiocarbon dates. Several Hungarian museums, including the Hungarian National Museum and the János Damjanich Museum in Szolnok, are also committed in the collaboration.

Besides bronze and gold jewellery, amber necklaces were among the objects of high status and prestige in the Bronze Age (between 2500 and 800 BC) as well. The rare raw material occurs in only a few places in Europe; the best known so far is the Baltic amber, or succinite, found on the shores of the Baltic Sea. Necklaces consisting of small amber beads, sometimes accompanied by bronze and gold jewellery can also be found in Bronze Age burials and hoards of the Carpathian Basin (e.g. Budapest-Remete Cave). Raw material analyses from the 1960s revealed the Baltic origin of the vast majority of European amber finds, which reached Central and Southern European regions along trade routes following river valleys. The studies carried out so far have confirmed the presence of Baltic succinite in present-day Hungary today (Beck–Sprincz 1981; Sprincz–Beck 1981). 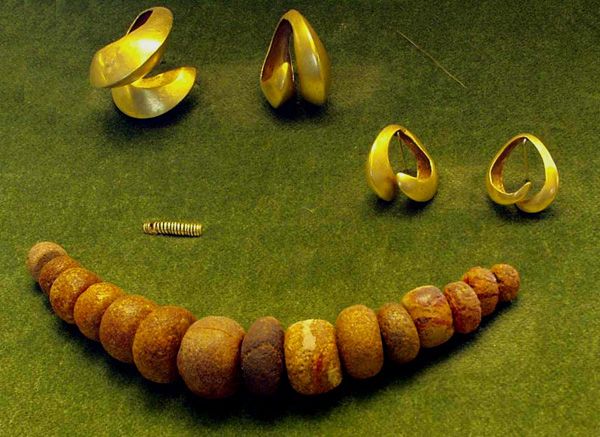 Other amber-like copal variants are also known in the area of the Carpathian Basin, like the ajkait from the vicinity of Veszprém or the Romanian rumenite. Thus, the hypotheses arose that Baltic amber could have been replaced by local variants (Horváth 1999). Bronze Age amber finds are known from 30 sites in Hungary. Raw material analysis has been carried out only on a small part of them so far, and a little few data suggest an origin other than Baltic amber. Our results confirm that amber from the Baltic Sea coast can be found in Bronze Age Hungary over broader time limits than previously assumed (Jaeger 2016; Jaeger 2018; Jaeger et al. 2020). 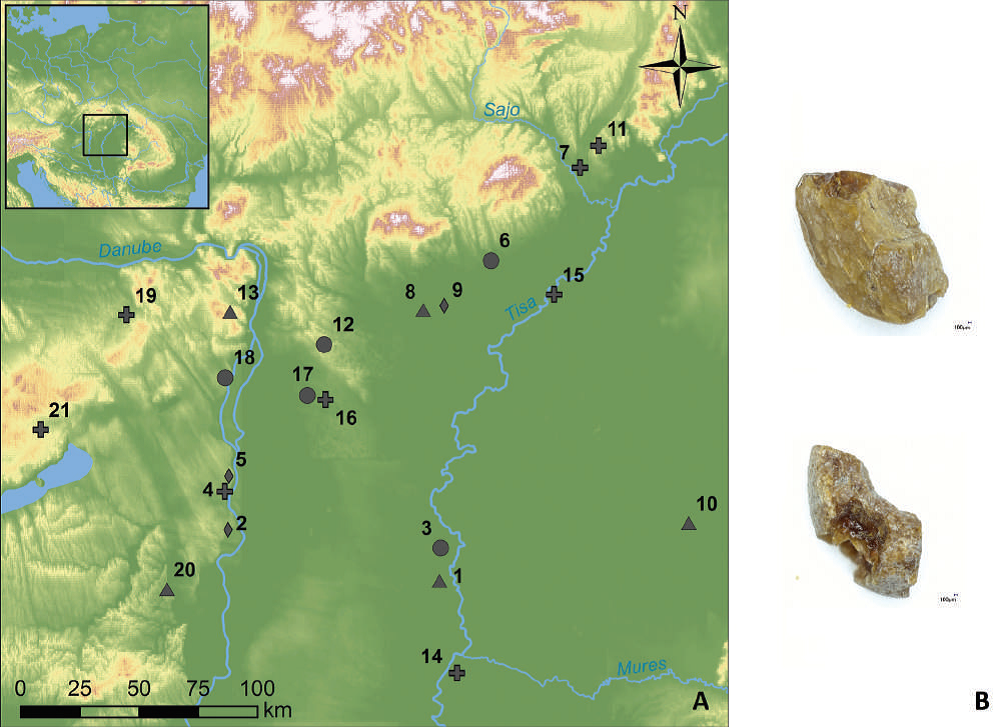