“Artefact of the Month” or short news about a beautiful and interesting object is often featured on the websites of many museums.

The work of our research group, however, focuses on Bronze Age people, thus we present the ‘Person of the Month’ in our new series – based on (pottery/bronze) findings and human remains of one particular Bronze Age burial. In this way, we can demonstrate what we have discovered about the life and death of men and women living in the first thousand years of the Bronze Age (2500 to 1500 BC). For the first time, we introduce our readers to one of our favorite characters, a man who was buried with bronze weapons and gold jewellery in the vicinity of Balatonakali.

Who are the chiefs?

Archaeological research refers to the leaders of prehistoric communities as ‘chiefs’ based on cultural anthropological observations. According to historical and archaeological examples, chiefdoms form a transition between rural communities of a few hundred people and bureaucratic state systems of tens of thousands (e.g. Sumerians). Their main features are the inherited power of the leader and a pyramid-like society, but a centralized state administration has not yet developed. The power of the chiefs was based mainly on controlling the supply of goods, and economic, military or ideological supremacy (Service 1962; Earle 1997). 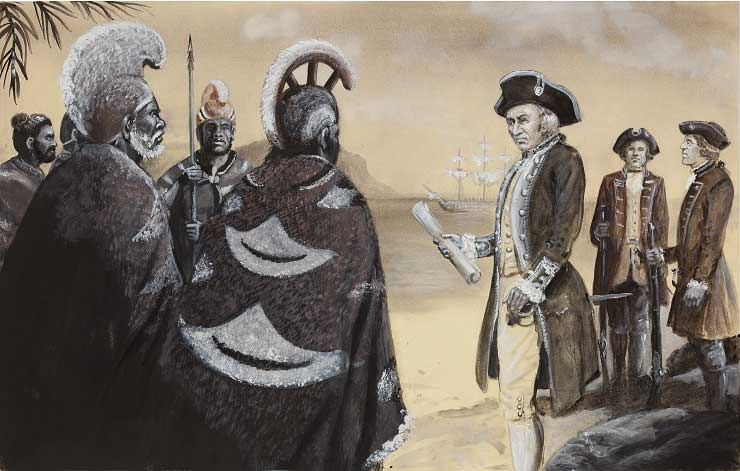 Meeting of Captain Cook and Hawaiian chiefs in the 1770s; the status of the chiefs was indicated by a valuable cloak and headdress made of parrot feathers (graphic: Petr Modlitba)

The chief from Balatonakali – who was he and when did he live?

In 1965, on a hillside in the vicinity of Balatonakali, a burial equipped with rich grave goods was discovered during earthworks related to railway construction. Construction workers found a 16 g gold hair ring and nearly one kilogram (830 g) of metal objects in the grave: a special-shaped axe, another axe, a dagger, a chisel, and a spiral bracelet. The findings of the burial were published by István Torma in 1978 (Torma 1978), but many examinations were not available at that time. Thanks to the bone remains preserved in the Dezső Laczkó Museum in Veszprém, our research group was able to perform anthropological examinations. Based on the fragments of the skeleton and skull, a 55-60 year old man was identified.

According to the AMS radiocarbon dating performed by the Institute of Nuclear Research of the Hungarian Academy of Sciences in Debrecen he was buried between 1980 and 1880 BC. During this period, the communities called the Kisapostag or the Earliest Encrusted Pottery culture settled in the central part of Transdanubia. At the time of the man’s death, a new burial practice, cremation had just started to spread among the inhabitants of Transdanubian villages. The old man certainly adhered to the old customs, so his body was not cremated (Kulcsár–Kiss 2016; Kiss 2020). 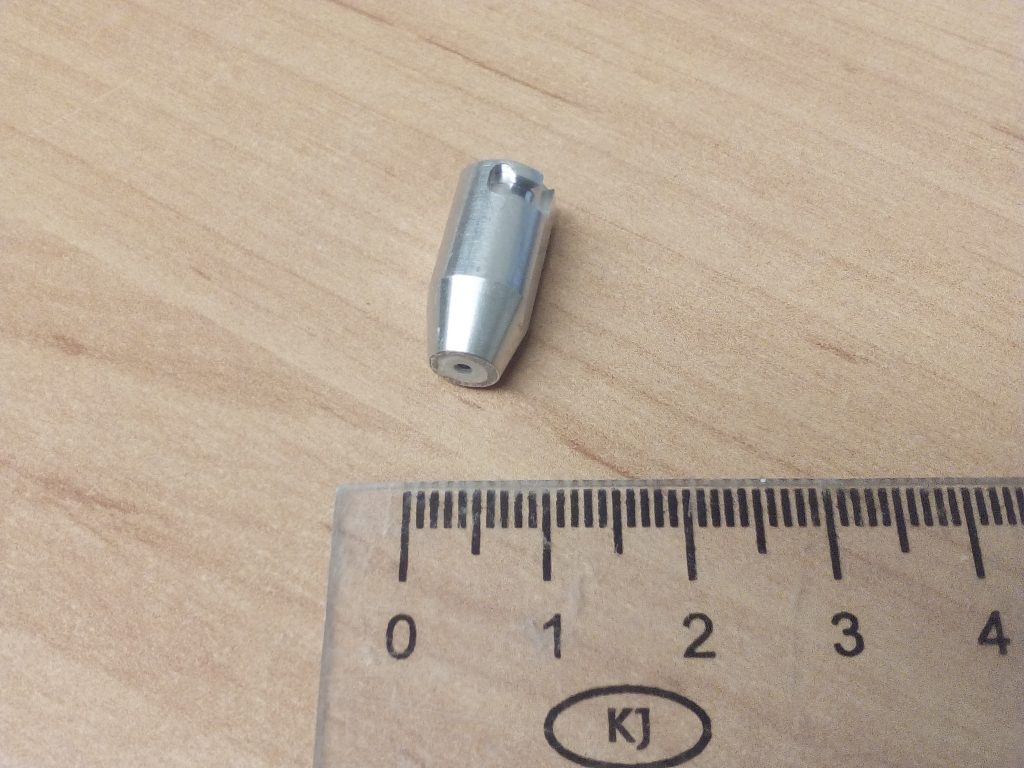 From the bone sample, a graphite piece “shrunk” in an aluminum sample holder is made to perform radiocarbon dating, using complicated physical and chemical methods (Photo: Viktória Kiss)

Where were the chief’s bronze and gold objects made?

The axe, dagger, chisel, spiral bracelet, and gold hair ring placed in the burial are found in many graves and hoards of the period in Central Europe. An important question for understanding the relationships and power of the chief is where the raw material of the objects could have come from and where the production place of the bronze and gold tools and ornaments could have been. 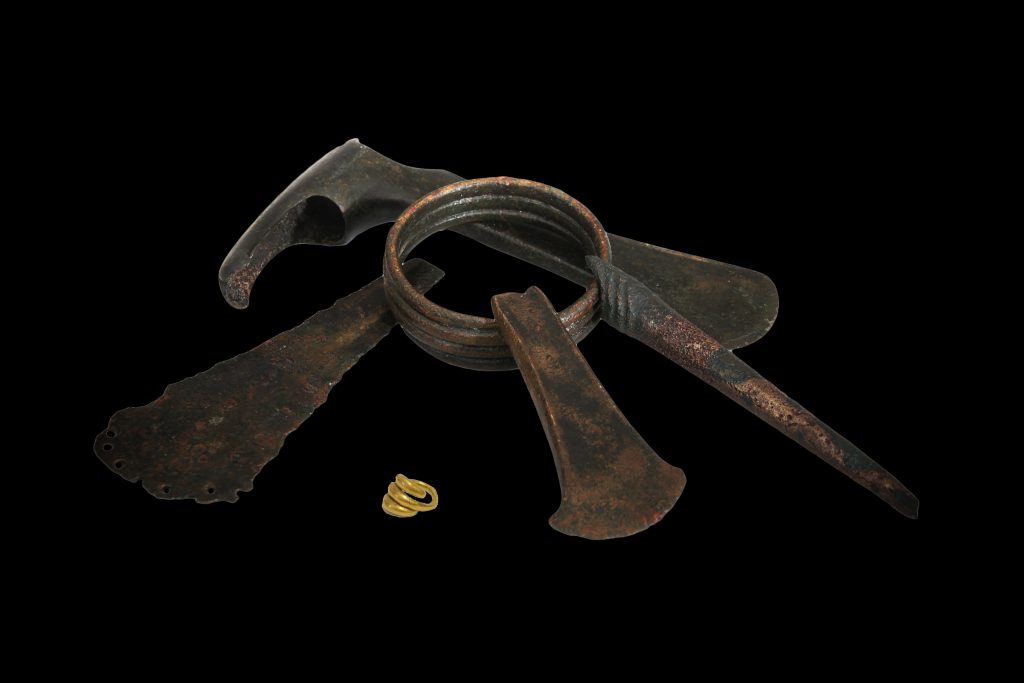 Finds of the Balatonakali burial made of bronze and gold (Photo: Péter Hámori)

Similar artefacts are known from the burials of some high-status men from the same period, discovered in Hungary and the western parts of Central Europe. For example we can mention the grave goods from princely burials excavated near Halle in present-day Germany (Meller 2017). 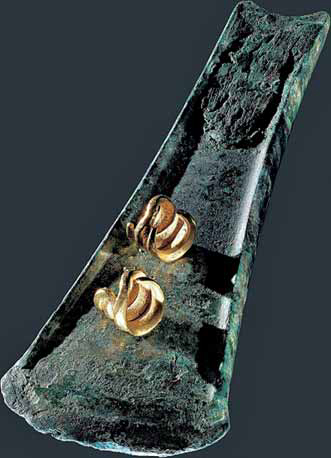 Close analogies of the special-shaped axe, however, came from only a few sites in present-day northern Germany and Romanian Oltenia, sometimes as part of treasure finds (e.g., Melz II treasure). This suggests that the man buried in the vicinity of Balatonakali maintained contacts in a 1,500 km wide region from Northern to Southeastern Europe, and the axe may have been made within this area (Kiss 2020). 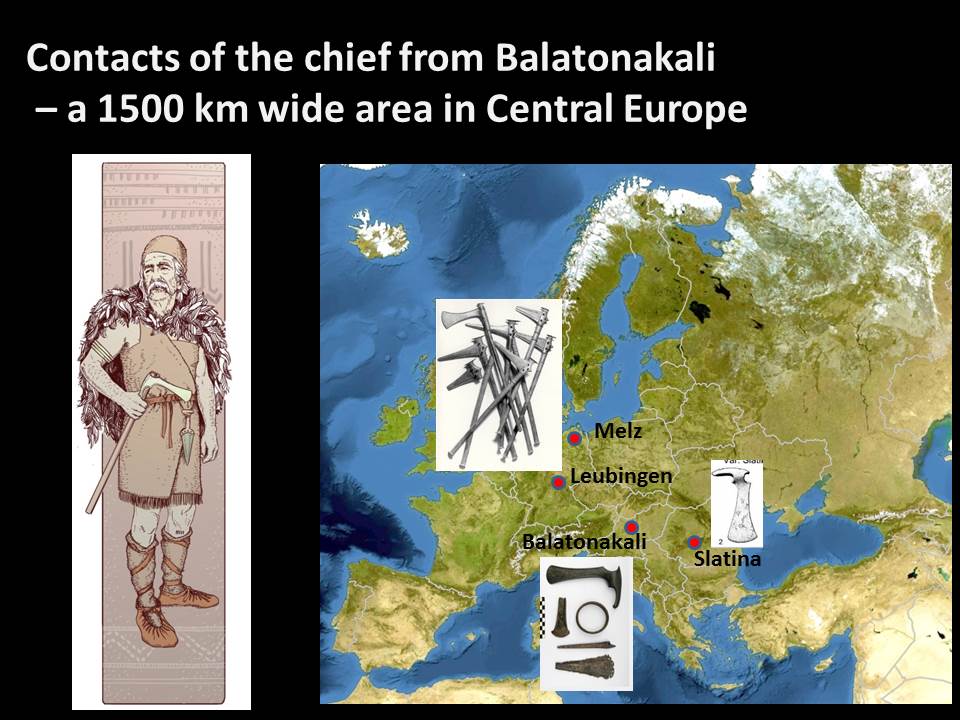 The chief of Balatonakali (reconstruction drawing: Dávid Ringeisen) and his contacts indicated by the closest parallels of the axe

Our analyses, in collaboration with the Centre for Energy Research, the Wigner Research Centre for Physics, and the Curt Engelhorn Archaeometry Center in Mannheim, found that the weapons, tools, and the arm spiral were made of copper alloyed with 5-10% tin. The copper raw material probably originated from the prehistoric mines of eastern Slovakia, in the region of today’s Banská Bystrica, based on the compositional and lead isotope analysis (Duberow et al 2009;. Kiss et al. 2017). The origin of the tin used to make the man’s objects is still an open question, most likely it is from the Czech-Saxon Ore Mountains or the Balkans (Brügmann et al. 2017; Powell et al. 2018).

Thanks to an analysis carried out in collaboration with the Laboratory of Heritage Science of Atomki, we know that the hair ring is made of high-purity (more than 94%) gold, and a small amount of silver and copper could be detected in its material (Dani et al. 2019). Unfortunately, the proportions of the main elements is not sufficient to identify the source of the raw material, as more detailed data are needed to determine which of the more than 1,000 gold ore deposits in Europe it may have came from (Borg 2010; Pernicka 2014). For the time being, it can be stated that it is not made of gold containing 20-30% silver, originating in the well-known “Golden Square” of the Transylvanian Ore Mountains, in the area of Roşia Montana (Romania), but of gold with a lower (less than 10%) silver content. 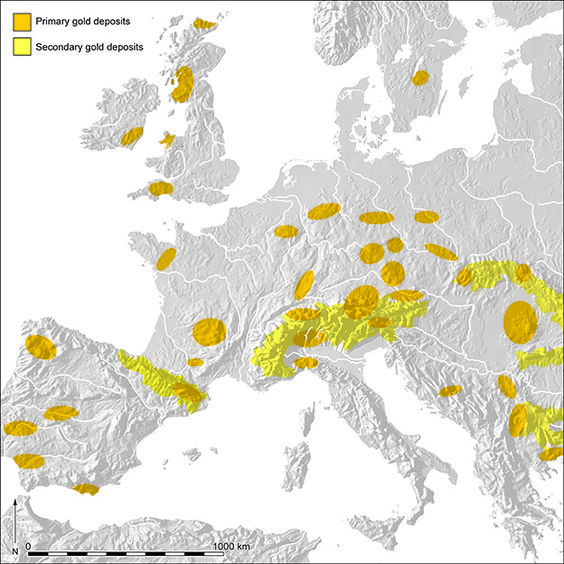 Gold objects with a low silver content (so-called type B gold) are known from the Copper Age and Bronze Age of the Carpathian Basin, and based on their distribution this raw material can be originated from regions in Slovakia, eastern Romania, or the northern Balkans (Hartmann 1978, Fig. 1; Csedreki–Dani 2011). A more accurate determination of the origin can be expected from later isotopic analyses. Based on the above, the old man who was buried with the first tin bronze weapons and tools of the Carpathian Basin and with gold jewellery, can be identified with one of the Bronze Age chiefs of the Balaton Uplands, who was able to control the bronze raw material trade of the communities living there.

We could not have conducted the present research without the help and work of the collaborating colleagues: Kitti Köhler (Research Center for the Humanities, Institute of Archeology) and Tamás Hajdu (Eötvös Loránd University, Faculty of Science, Department of Anthropology), Zsolt Kasztovszky, Boglárka Maróti (Centre for Energy Research), György Káli (Wigner Research Centre for Physics), Zsófia Kertész, Zita Szikszai and Anikó Angyal (Atomki, Laboratory of Heritage Science), István Major, Mihály Molnár (Atomki, Institute of Nuclear Research) and Ernst Pernicka (Curt Engelhorn Archaeometry Center), which we would like to thank again. We are grateful for Judit Regenye and Ágota S. Perémi (Dezső Laczkó Museum, Veszprém) for the permission of the re-analysis of the grave’s findings.

Earle, T.: How chiefs come to power. The political economy in prehistory. Stanford 1997.

Hartmann, A.: Irish and British gold types and their West European counterparts. In: Ryan, M. (Ed.): The origins of metallurgy in Atlantic Europe. Dublin 1978, 215–228.

Powell, W., Bankoff, A., Mason, A., Mathur, R., Bulatović, A., Filipović, V.: Tin Sources and Regional Trade in the Bronze Age of Southeast Europe: Evidence from Tin Isotopes. In: Gold and Bronze. Metals, Technologies and Networks in the Eastern Balkans during the Bronze Age. National Archaeological Institute, Bulgarian Academy of Sciences. Sofia 2018, 141–149.